Gemona del Friuli occupies a key point on the road from Italy to Austria, and there are traces of Celtic occupation around the year 500 BC. The area was subject to various incursions in the period 166–750, including Huns, Marcomanni, Ostrogoths, Visigoths and Lombards. The town castle was build during the Carolingian rulers.

From 776, Gemona became an important part of the Patriarchate of Aquileia. In the 12th century, Emperor Frederick Barbarossa granted a charter for the town’s market.
The coming centuries Gemona was ruled again by the Patriarchate and later by the Republic of Venice and also the French.
Finally, in 1866, it became part of the newly unified Kingdom of Italy. 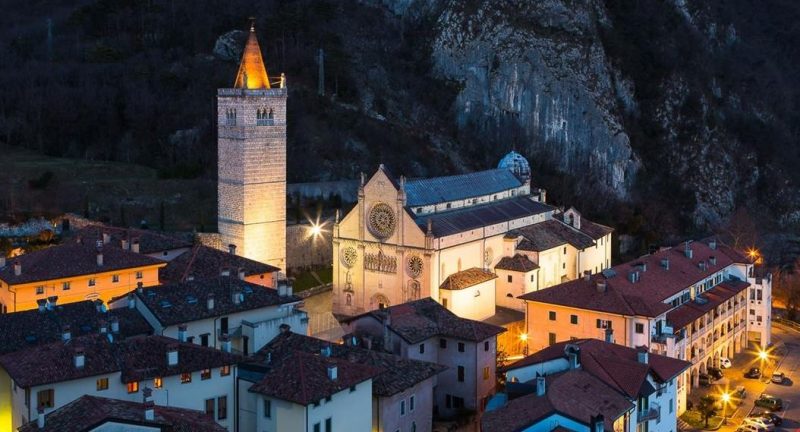