In Premariacco, by the Roman bridge across a narrow rocky gorge above the Natisone River, near the Colli Orientali district in Friuli, is a traditional trattoria dating back to the 19th century.
Since 1994 it has been managed by Dario Venuti, one of the most creative cooks in the Cividale area, who welcomes guests with the warmth of his impeccable service and creative cooking blending the ancient flavours of this boundless borderland with the intuition of the cook’s ceaseless creativity.
Amazing theme dinners satisfy the most demanding palates with the simple yet refined dishes of the past, making the most of local traditions and specialities.
OUR DISHES. Paella, wild game, seasonal menus and international cuisine.
OUR WINES. Regional wines. 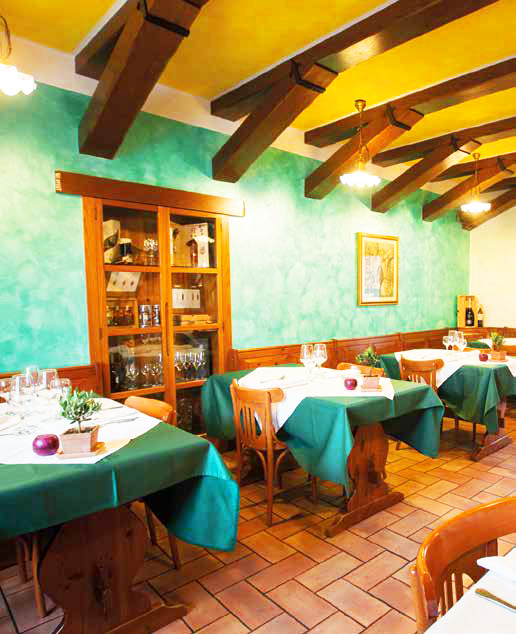