Departure from Nova Gorica station (Slo) for a unique Oldtimer train ride. The train will ride on the part of a historical “Transalpina Railway“, which was inaugurated on July 19th 1906 to complete the railway that linked Vienna and Central Europe with the Adriatic regions of Austro-Hungarian Empire, especially with the port at Trieste.
The development of the railway was for those times very complex and demanded numerous exceptional architectural accomplishments (tunnels, bridges, viaducts, etc.), which made the railway famous. Especially striking is the bridge of Solkan with its 85 meters long arcade, which is still the world’s largest, and the tunnel of Podbrdo, the genuine passing under the Julian Alps with the length of 6327 meters.
World conflicts of the previous century have caused Transalpina to lose its essential role as a beautiful commercial railway and made it a secondary line, which is nowadays reviving as a touristic railway connecting Austria, Slovenia, and Italy.
The Oldtimer train is pulled by a steam engine from the Railway Museum of Ljubljana. From the train station of Nova Gorica (Slovenia), we will quickly enter the landscape of exceptional and numerous beauties that runs along the beautiful Soča and Sava rivers. Arrival at the Bled station and transfer by bus to a guided tour of the castle. Lunch will be in a restaurant with a scenic view of the lake.
After lunch some free-time for visiting the town and the lake, one of the most beautiful renowned sites of Slovenia. A guide will be accompanying the passengers for the whole ride in the Oldtimer train. In the afternoon transfer back to the station and the return ride by train pulled by a steam engine and in the evening arrival at the respective stations of departure. 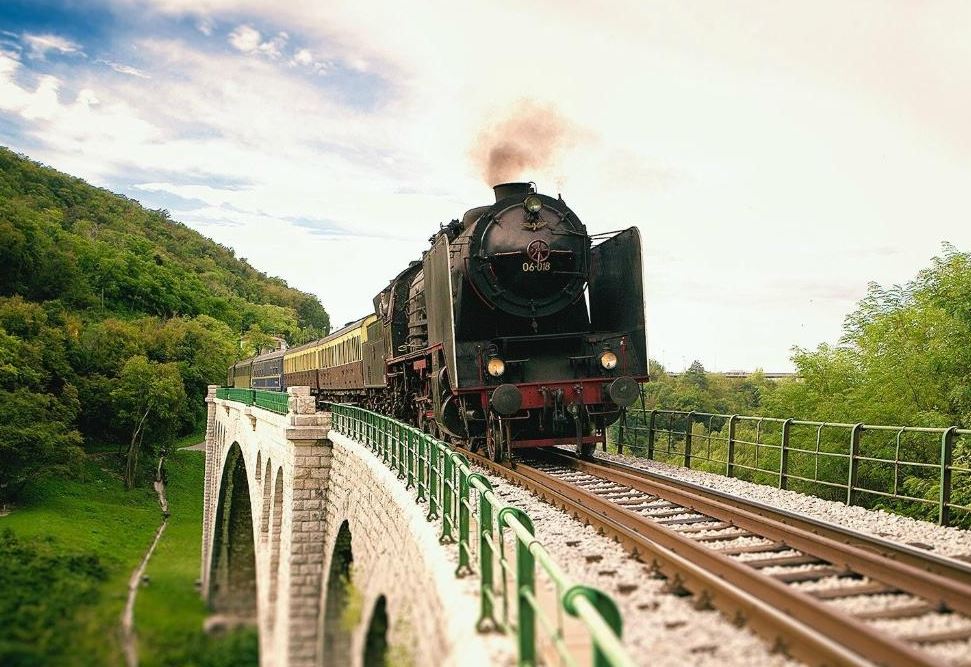